The theme of this annual report is ‘New Perspective’. Perspective concerns prospects for the future. The positive recommendation on the first COVID-19 vaccine, in late 2020, improved these prospects. We broke the news about the vaccine in our first official press conference, streamed live on our own YouTube channel, and also broadcast by several national media outlets.

At the MEB we were used to being active in the background, but the pandemic changed that: the MEB has never been more visible than in the past year. Website traffic grew to over 1.5 million unique website visitors. They mainly searched for information on COVID-19 and vaccines and medicines to treat it, influenza and the flu vaccine, and information on paracetamol and impurities in it.

The MEB appeared on the radio, television and in newspapers over 1,500 times. With Chair of the Board, Ton de Boer, and also with several new faces. Various MEB staff members represented the MEB in the media over the past year based on their expertise.

The MEB also made appearances through other less traditional forms of media. For example, our reach on social media increased to over 3.4 million views. We also used new forms of sharing information, such as the press conference and the Grootste Coronaspreekuur (‘Great COVID Consultation Hour’), in which both MEB and external experts answered viewers’ questions live on YouTube. More than 20,000 people watched and many asked questions online and during the broadcast.

All in all, this made the versatility of the MEB’s work more visible.

The year in overviewAn overview of the most important events in 2020. 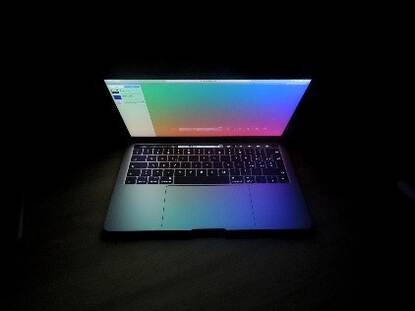 Our year started with a Citrix outage, bringing down our computer systems temporarily. It took an all-out effort to get everything back up and running as quickly as possible. 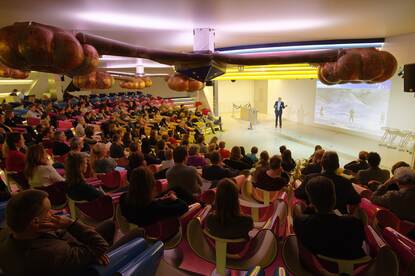 Animal studies in pharmaceutical research were the focus of our annual Science Day: what are the latest developments? What is the value of animal studies (and their reduction) for the MEB’s assessment process? What opportunities and challenges exist in the reduction of animal studies? On 5 March, Emiel van Galen was elected as chair of the EMA's Committee on Herbal Medicinal Products (HMPC), which is responsible for collecting and assessing scientific data on herbal substances and herbal extracts. 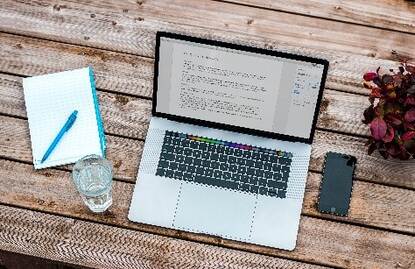 In early March, we were at the start of the COVID-19 crisis. Suddenly, we all had to work from home. Meetings were held by phone, and non-essential gatherings were cancelled. Our colleagues from the province of Noord-Brabant started working from home a week earlier. It took some getting used to, but we pulled out all the stops in order to continue our work from home as well as possible. For 2019, together with the Health and Youth Care Inspectorate (IGJ), we reported a doubling in the number of medicines for which expected supply problems had been reported. This increase was due not only to supply problems in medicine production, but also to the fact that companies were more aware of the Notification Centre and their willingness to report problems sooner. 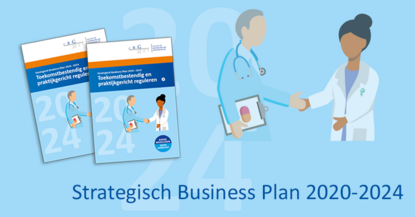 In April, we determined our strategic direction for the next four years, in the Strategic Business Plan 2020–2024 ‘Regulating in a future-proof and practice-based way’. This plan describes the themes and ambitions we will focus on in the coming years for medicines for human use and for veterinary medicines. 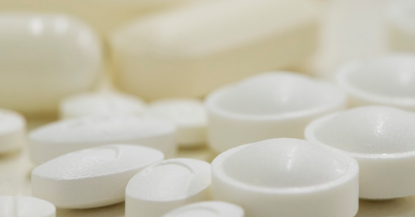 Rybelsus was the first medicine to complete the ‘MEB-ZIN Parallel Procedures’ pilot. The pilot is a collaboration between the MEB and the National Health Care Institute (ZIN). The CBG assesses whether a medicine will be authorised, and ZIN then advises whether the medicine will be covered under the basic health insurance package. Normally, ZIN’s reimbursement procedure does not start until the authorisation procedure has been completed. The pilot makes it possible to run both procedures in parallel. 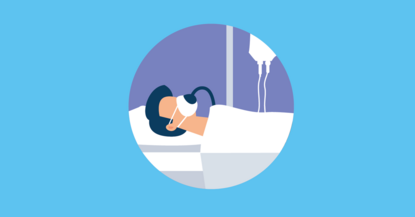 On 25 June, the antiviral remdesivir was the first medicine for the treatment of COVID-19 to be conditionally approved by the European medicines authorities. Once the European Commission adopted this recommendation, this medicine could be prescribed in the European Union to COVID-19 patients hospitalized with pneumonia and requiring supplemental oxygen. 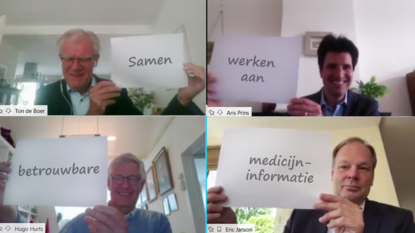 The collaboration between the Royal Dutch Pharmacists Association (KNMP) and the MEB was made official in early July. We had already been working closely together for years to ensure proper and safe use of medicines by patients. On this date, we virtually signed an official collaboration agreement, supported by the Ministry of Health, Welfare and Sport.

August Investigation into PCA impurity in medicines: paracetamol is safe to use 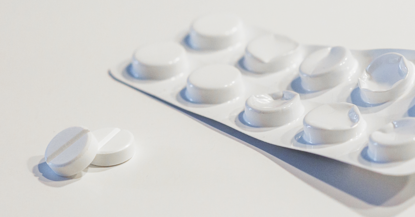 In the summer, there were concerns about impurities in medicines: in this case, para-chloroaniline (PCA) in paracetamol. In response to these concerns, we conducted an investigation with the Health and Youth Care Inspectorate (IGJ). This investigation showed that paracetamol could be used safely, because the amount of impurity was within the safe limits. 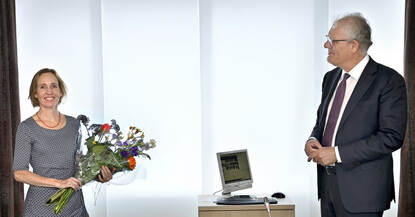 Dr Sabina Kersting was sworn in as a MEB Board Member on 27 August. She is a haematologist at Haga Ziekenhuis Hospital in The Hague. In her work, she believes it is important to contribute to proper care for all patients. 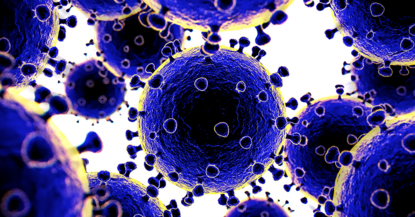 On October 18, the EMA’s Committee for Medicinal Products for Human Use (CHMP) stated that dexamethasone is effective in the treatment of hospitalized COVID-19 patients on oxygen or mechanical ventilation. On 1 October, the accelerated ongoing assessment (rolling review) of the first COVID-19 vaccine began in Europe. The first results of studies involving the Oxford-AstraZeneca were submitted to the European Committee for Medicinal Products for Human Use (CHMP). The rest of the study results will be submitted as they become available. 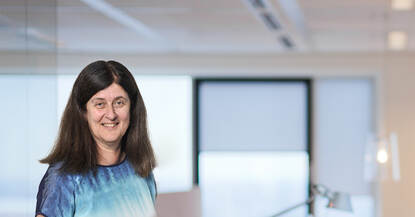 Kora Doorduyn-van der Stoep was elected as chair of the Coordination Group for Mutual Recognition and Decentralised Procedures - human (CMDh) on 22 November. She had been vice-chair of the CMDh since December 2018. She succeeded Laura Oliveira Santamaria for a 3-year term. 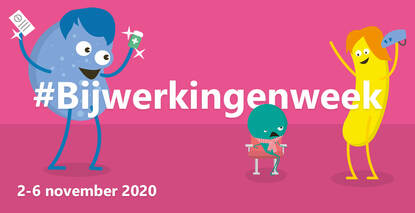 The annual MedSafetyWeek campaign in which the MEB and Netherlands Pharmacovigilance Centre Lareb participate took place at the beginning of November. During the campaign, we again raised awareness about reporting adverse reactions. Because the more we know about adverse reactions to medicines, the more safely medicines can be used. 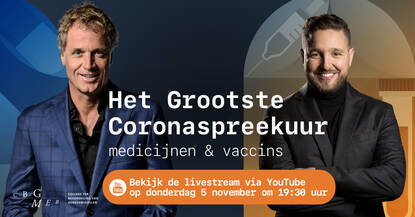 Our collaboration with the Dutch Working Party on Antibiotic Policy (SWAB) was formalised in an agreement on 10 November.

The MEB had already worked with SWAB for some time to coordinate medicine information and the use of antibiotics and other anti-infective agents as closely as possible.

18 November Launch of ‘Medicine in Short’: understanding your medicine at a glance 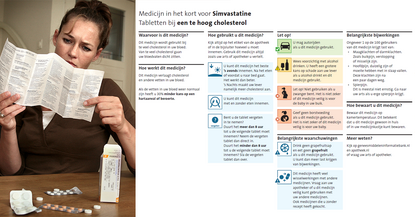 On 18 November, Medication Compliance Day, MEB and pharmacists’ organisation KNMP launched ‘Medicine in Short’: everything you need to know about your medicine on a single A4 page, in easy-to-understand language. 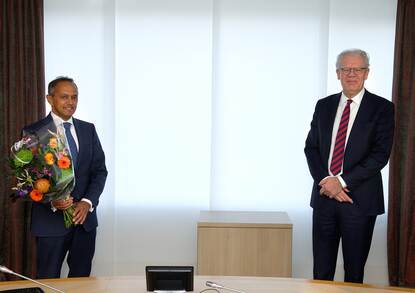 Prof. Mike Nurmohamed was sworn in as a new MEB Board Member on 19 November. He is a professor of Rheumatology at Amsterdam University Medical Center. His expertise is in the field of rheumatology and he is active in clinical practice. 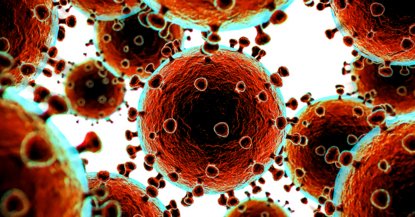 In early December, the EMA received the first two official applications for marketing authorisation of COVID-19 vaccines. This concerned the mRNA vaccines produced by BioNTech/Pfizer and Moderna, for which accelerated assessment procedures were already underway. These assessments have since been concluded: BioNtech/Pfizer in December Moderna in January 2021.

During this December weekend, all of our servers and data systems were transferred to a new location. The management of the data centre was also transferred to an external provider. This completed a complex process that took years of preparation. 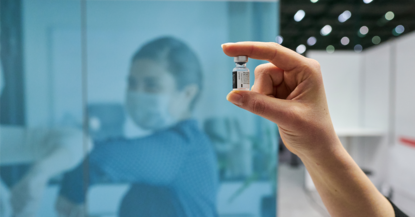 The first COVID-19 vaccine was conditionally approved on 21 December. This concerned Pfizer/BioNTech’s mRNA vaccine, called Comirnaty. The EMA's Committee for Medicinal Products for Human Use (CHMP) issued a positive recommendation for this vaccine.

‘Vaccine in Short’ was also made available at this time. This is a single A4 page with easy-to-understand information about the advantages and disadvantages of the vaccine. It is a new, digital and short form of vaccine information, complementing the official patient information leaflet.

Go to Table of Contents